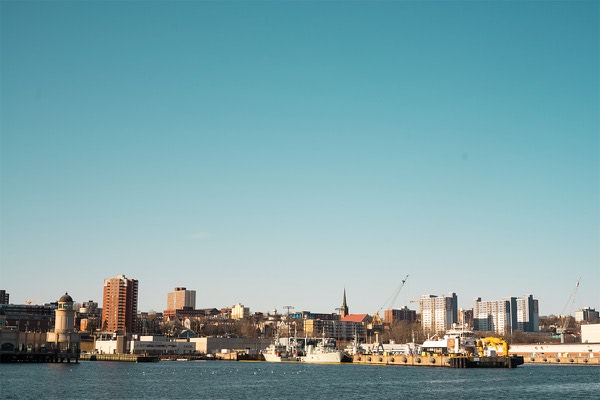 The Halifax Regional Municipality (HRM) has been growing for quite a while. We certainly know Halifax has always been one of the best places to live, but others are starting to realize it now too! Since the start of the pandemic in particular, this region has seen large numbers of newcomers from other provinces. Nova Scotia’s relative affordability attracted people from pricier provinces, many of whom decided to settle in the HRM. This, of course, has been driving up prices in the city as well. As the area has developed and evolved, certain neighbourhoods have made quite the impression on newcomers. Halifax is full of exciting and desirable areas, but what are some of the fastest growing neighbourhoods and best places to live? Here are some of the top neighbourhoods near Halifax.

Dartmouth has been growing in popularity for a long time now. While it used to be known as the less desirable city across the Halifax Harbour, its steady development has turned it into a prime destination within close proximity to downtown Halifax. However, you get to stay a bit further removed from the hustle and bustle (and prices) of the city center. The 15 minute ferry commute and views of Halifax across the water make this a hugely desirable location. Plus, Dartmouth itself is growing, adding more amenities as it does so. The current population is just under 100,000, making it a smaller, but growing, area. Housing prices, while still less than those of downtown Halifax, are often surpassing $300,000 today.

Halifax’s north end is one of the most vibrant and lively areas of the city. Often attracting students and young people for its nightlife, the north end is still a great option for people of all ages. This area is quite artsy and trendy, and is popular for its hip, indie atmosphere. The north end is full of unique shops, restaurants and activities, and is well-known for its colourful houses. This neighbourhood is also historically significant, as it suffered much damage from the Halifax Explosion. As a result, it was largely rebuilt and is now home to unique neighbourhoods like the Hydrostone district. Just like the rest of Halifax, housing prices in this area are steadily climbing. Often, houses listed in the north end are reaching $500,000 and beyond.

Clayton Park is one of the top neighbourhoods in Halifax, largely because of its available green space. In a bustling city, neighbourhoods with parks and open areas are highly sought after. Surrounded by parks and trails, and close to Bayers Lake, it’s easy to feel at home in Clayton Park, and it’s a short 15 minute drive to the downtown core. Although the population is just above 30,000, this area is steadily growing and becoming more of a destination for a lively atmosphere. This area also has many amenities and businesses, wrapping together nature, city, and big town vibes. Housing prices can vary between specific neighbourhoods, but given its proximity to downtown, many homes are priced upwards of $500,000.

Hammonds Plains is near Bedford, just far enough removed to give homeowners lots of property space. In exchange for more space, Hammonds Plains doesn’t host as many amenities, but its proximity to Bedford makes this a non-issue. Plus, it is near both Highway 102 and 103, providing easy access to downtown Halifax and the South Shore. Hammonds Plains holds many of the top neighbourhoods near Halifax, but even though it’s a bit further removed, housing prices are still on the higher end. Many properties currently listed on real estate sites have asking prices of over $500,000.

Bedford is at the end of Bedford Basin, 15 kilometres from downtown Halifax, perched in a scenic area. Being near the water, the views of the basin from some locations in Bedford are spectacular. It still has all the essential shops and amenities to make life convenient in this area without requiring travel to bigger spots. Young families tend to favour Bedford for its access to parks and its safe reputation. These factors make Bedford one of the top neighbourhoods near Halifax. Plus, growth in subdivisions has created more housing supply, while still maintaining older properties. Housing prices in Bedford can range from below $400,000 to over $800,000, depending on property type and exact location.

The top neighbourhoods near Halifax can differ for everyone, depending on personal preferences and ideal living conditions. However, these are some of the spots that have seen large growth, and have some of the most desirable amenities and features. Halifax is truly a wonderful place to live, and we love helping people achieve their homeownership goals in this region.

If you’re interested in buying a home or have questions about your mortgage, get in touch with us at Clinton Wilkins Mortgage Team! You can call us at (902) 482-2770 or contact us here.

Your appraisal value is lower than expected – now what?
What happens to your home purchase if the appraisal value is lower than you expected? Here's a breakdown of what this might mean for you.
Is it time for some cottage improvements?
Thinking about cottage improvements? We’ve got you! Here are some suggestions to help you update your cottage this season.
Programs that help first-time home buyers in Canada
Can first-time home buyers achieve their goals in this market? Here are some programs designed to help new buyers in Canada.
Subscribe for Updates
Join over 14,000 Haligonians that subscribe to updates from Clinton Wilkins Mortgage Team!