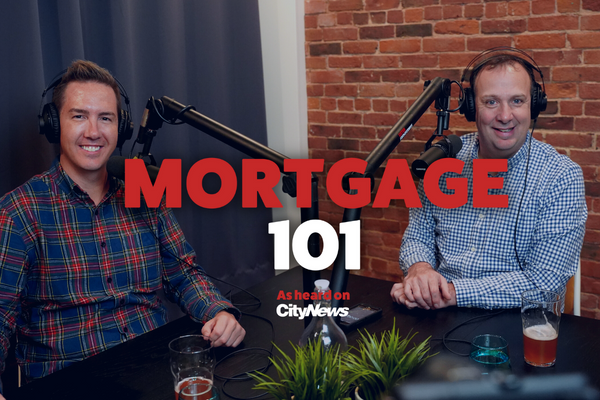 In this episode, Clinton Wilkins and Todd Veinotte discuss what this means to you and the industry. Why are assessments lagging behind market value? What can you do if you have an increase in your property assessment? What’s going on with property tax accounts?

These questions answered and more. Tune in to find out.

Recorded LIVE for  CityNews 95.7 with Clinton Wilkins and Todd Veinotte.

Todd Veinotte 0:47
Well you know, when people probably aren’t going to be feeling that curious when they get their assessments.

Clinton Wilkins 00:51
I can tell you there certainly aren’t. If you even open up Twitter. There’s a realtor who we’ve had on the show, James Dwyre. He actually tweeted something the other day, yesterday, actually about the assessments and he’s getting a lot of traction.

Todd Veinotte 01:03
You know the funny thing is James Dwyre,I had him on the show on Monday. And I’ve had him on my talk show a few a number of times, and of course, the connection through you. And I watched CTV news the other day, and there’s James Dwyer, I’m making this guy a freaking star.

Clinton Wilkins 01:15
Well, you know what, I think everybody, there’s lots of airtime. We could share, right Todd?

Todd Veinotte 01:20
We could share, but I felt like I was being cheated on to be honest with you.

Clinton Wilkins 1:24
Okay, so every time that I’m on another station, or on tv –

Clinton Wilkins 01:28
Okay. I’ll try. I won’t answer my phone anymore. But you guys can still call in, sorry.

Todd Veinotte 01:23
All right. So let’s talk about the assessments because this, and again, we we talked about it last year, at this time.

Assessments Are Lagging Behind Market Value

Clinton Wilkins 01:37
We talked about it January 2022, which seems like yesterday to me. I was actually, I remember, I was in Halifax. And there was kind of like the story was starting to break about the assessments coming out and all these things. It was the end of January. And I got on I got on the horn with you. And we did our show. Like an interview about what was going on with the assessments. And they were going up like 10% 14% or so last year. And I commented and said the assessments are still really lagging like two years behind. Guess what? Another year has gone by. And the assessments I think are closer to the market value. So the assessments that are really coming out now, or 2023, are probably more representative of where the value was in 2020. Or maybe 2021. Right. So some people are seeing as much as like 100% increases in there.

Clinton Wilkens 02:33:
Obviously the assessment was way, way below the market value.

Clinton Wilkins 03:24
I’m downtown. Yeah. So I don’t think I’m gonna see as much increase in my assessment personally, right. I might even get like another year of reprieve, or maybe two more years before I start seeing some increases. But I can tell you, I know people that have had 100% increases in their assessments. But guess what? That assessed value is still below the market value, even at 100% increase. So the challenge is the municipality, the province will even go to Property Valuation Services Corporation.

What Is Property Valuation Services?

Clinton Wilkins 04:05
They’re just the NC that does the assessments for Nova Scotia.

Todd Veinotte 04:09
Yeah. Not a popular company, I would think.

Todd Veinotte 04:36
Do you have to give them reasons why you believe that?

Clinton Wilkins 04:39
You have to challenge it.

Todd Veinotte 04:40
You have to challenge and you have to say, look, this, these are the here are the wise bullet points as to why I don’t think this is fair.

Todd Veinotte 04:57
Well, that’s probably my case for my house.

Clinton Wilkins 04:58
It might be. But not now. Maybe at the time it could have been.

How Does Property Valuation Services Work?

Todd Veinotte 05:03
So if you do work to your house and all that, do they actually physically go look or do they or do they do it?

Clinton Wilkins 05:07
I think in some cases, they do come and look. But they’re not coming in looking in your house necessarily. They are probably driving by. I think they probably have mechanisms that they can, depending on what the situation is. I think what really triggers a big change, obviously in the assessed value is the market value. So the market has a big impact. Buying, like, if you bought a new home that’ll trigger, if you pull it up, like building permit, I think that could maybe be impact it. Because like there is some information sharing here going on.

Todd Veinotte 05:40
Who pays them? All the municipalities? Is that how this works? Or how do they get paid?

Todd Veinotte 05:46
Yeah. So they would they would fund this, this code?

Clinton Wilkins 05:48
I think it’s, you know, via the provincial government, and this corporation, does all the assessments in the province. And they’re gonna send them out and some people are starting to get them in the mail. I don’t think Todd have you got yours yet?

Clinton WIlkins 06:00
No, I’ve not received mine yet. Some are already loaded on property online, I’ve seen some 2023 assessments already loaded. So they may all be loaded, but you haven’t received your actual assessment notice, yet. Then what will happen is once this assessment is in place, when your tax bill comes out from your annual tax bill from your municipality, that will then be the taxes. So the spring is the back half right.

Todd Veinotte 06:29
Based on that. Those two combinations. And that’s, and I think that that people need to understand that that there are two components to that, the assessment and the tax rate.

Clinton Wilkins 06:37
And last year, and part of the reason that we had our interview January 2022, was because the tax rate was increasing. And the assessment was increasing. So people were kind of hit it both ways. This year, the assessments are going up even more than they did last year on average. And, you know, consumers are certainly feeling the pinch. A lot of consumers have a mortgage. And a lot of consumers are having their mortgage come up for renewal this year. We did a lot of mortgages in 2018. I can tell you that right now. And the average mortgage length is typically a five year turn.

Todd Veinotte 07:11
Are you getting a lot of calls right now from people concerned about this?

Clinton Wilkins 7:15
I tell them that, you know, this is a piece of the pie, everything’s really gone up in cost. I would say food has gone up more than 20%. Fuel has gone up more than 20%. Obviously, the cost these municipalities are operating, like their costs have gone up. One of the biggest revenue generators for these municipalities is the property tax. Right. Obviously, there are some transfer credits from the provincial government, etc, etc. But the property taxes are one of their biggest revenue sources. So they need more revenue to operate. And they are benefiting from having higher property values. And the property assessments are still lagging the property values. We’ll see in a couple years.

Todd Veinotte 07:57
So you’re suggesting or you’re saying that despite this, this increase, we’re going to see more of this to come, you would say?

Clinton Wilkins 08:06
I would say we’re likely going to see maybe some smaller increases. It really depends on what’s going to happen with property values over the next couple of years. Just a quick touch on property tax accounts. Because obviously, we deal with mortgage lending every day. If someone has a conventional mortgage, typically their mortgage lender is going to allow them to pay their property taxes directly to the municipality. So so important right now, because while the assessments are increasing, and the tax rates have increased in some municipalities, oftentimes borrowers are in a shortfall position in their tax account. But if you start paying the taxes directly to the municipality, and a lot of municipalities will offer like a pre authorized debit, then you’re going to be paying on more accurate data and you’re not in the shortfall position. For those borrowers who have a high ratio mortgage, typically, their lender has to collect the property taxes on their behalf. We’re seeing many borrowers that are in a sharp shortfall position with their property tax account. So what happens is you have to pay more to make up the shortfall and start paying it off to make the future bill which certainly can be prohibitive, and you can see a big increase in mortgage payment.

Todd Veinotte 09:06
Alright so, based on all of that we got lots to talk about. We can talk about refinance. We’re gonna talk about how people can deal with this, is what we’re gonna get into.

Todd Veinotte 09:31
Okay, Mortgage 101 your guide to homeownership with Clinton Wilkins and myself, Todd Veinotte, we will be right back.

Mortgage 101 – Risks and Rewards in the Mortgage World | Jan. 30, 2023
Clinton Wilkins and Todd Veinotte chat about how consumers can protect their finances with the stress test and the flexibility of a variable rate.
Bank of Canada –  Stay The Course, Protect Your Financial Future
Clinton chats with Sam Laprade about the latest Bank of Canada key interest rate increase, variable rates and how to protect your financial future.
Mortgage 101 – Inflation, Debt and Merry Debtmas | Jan. 16, 2023

In the first episode of Season 5, Clinton Wilkins and Todd Veinotte ring in the…

Subscribe for Updates
Join over 10,000 Haligonians that subscribe to email updates from the Clinton Wilkins Mortgage Team!