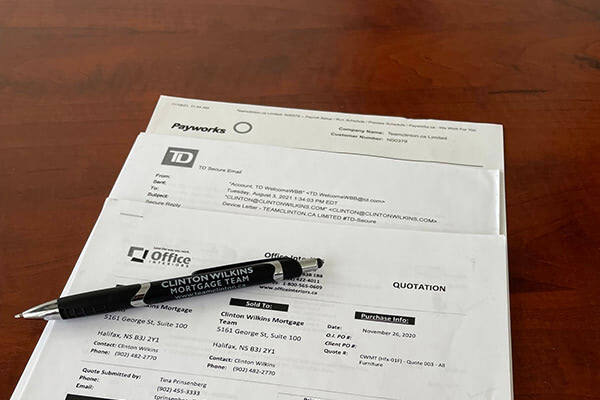 At Clinton Wilkins Mortgage Team, we generally favour variable rate mortgages for our clients. We believe they are often the best choice for most borrowers and tend to offer the benefits and flexibility many home owners require. However, there’s a saying within the mortgage industry, “pay your variable rate like a fixed rate,” that is worth discussing for its potential advantages. In particular, this strategy can come in handy as the Bank of Canada introduces more increases to the overnight rate. These rate hikes impact variable rates, but not fixed rates. Here’s what it means to pay your variable rate like a fixed rate, and why it’s something to consider.

First off, why do we favour variable rates?

Your mortgage situation is unique, and it’s not necessarily a fact that every single borrower should opt for a variable rate. However, we’re strong advocates for variable rate mortgages for most borrowers. Why do we recommend variable products most often? First, variable rates are more flexible than fixed rate products. With a variable rate, you usually have prepayment privileges, and you often have the option to increase your monthly payments more freely. This will be an important part of paying your variable rate like a fixed rate, by the way! Second, borrowers face fewer penalties for breaking their variable terms than they would fixed terms. If you need to refinance or sell your home, you won’t have to worry about losing a huge chunk of money with a variable rate. Finally, although variable rates are on the rise, they are still lower than many fixed rate options. It will take several rate hikes from the Bank of Canada to bring variable rates to the levels of today’s fixed rates.

What it means to “pay it like a fixed”

So, if you have a variable rate, what do we mean when we suggest you “pay it like a fixed rate?” This means paying the same monthly amount you would have if you had selected a fixed rate mortgage, even though you hold a variable rate. Fixed rate payments are often higher than variable rates, so you will be paying more each month than you need to. Right now, the average 5 year fixed rate is around 3.24 per cent, while we’re seeing variable rates below 2 per cent for some lenders. Let’s say your mortgage is $400,000, and you have a 5 year variable rate mortgage at 1.84 per cent. Your monthly payment will be $1663. However, with a 5 year fixed rate at 3.21 per cent, for example, your monthly payment increases to $1936. This means you would pay an extra $273 each month.

Why should you do this?

What’s the point of selecting a variable rate if you’re going to pay fixed rate prices? Paying more early on brings you closer to paying off your mortgage early. This puts you ahead of the game for when the Bank of Canada raises rates, which they are expected to do a few more times this year. As you know, when the bank raises the overnight rate, lenders increase their prime rates, and your variable rate increases too. Paying more while rates are low means you will owe less by the time the bank raises rates, and the less you owe, the less painful an interest rate increase on that payment will be. This helps you retain some predictability for your monthly expenses so you can better manage your cash flow.

Paying your variable rate like a fixed rate is a relatively simple solution that can save you a decent amount of money throughout your mortgage term. If you have any questions about this strategy, you can reach out to us! We can walk you through the process and help you find the plan that works for you.

If you have any other questions about your mortgage, get in touch with us at Clinton Wilkins Mortgage Team! You can call us at (902) 482-2770 or contact us here.

A review of the benefits of using a mortgage broker
Securing a mortgage can be stressful. In this post, we discuss the benefits of using a mortgage broker to help with this experience!
Reviewing your credit score: Here’s how to do it
Reviewing your credit score isn’t always easy, but it’s important! Here, we cover how you can get started on this process.
Is it time to make a lump sum payment on your mortgage?
Thinking about making a lump sum payment to pay off your mortgage faster? Here are the pros and cons of this option.
Subscribe for Updates
Join over 10,000 Haligonians that subscribe to email updates from the Clinton Wilkins Mortgage Team!