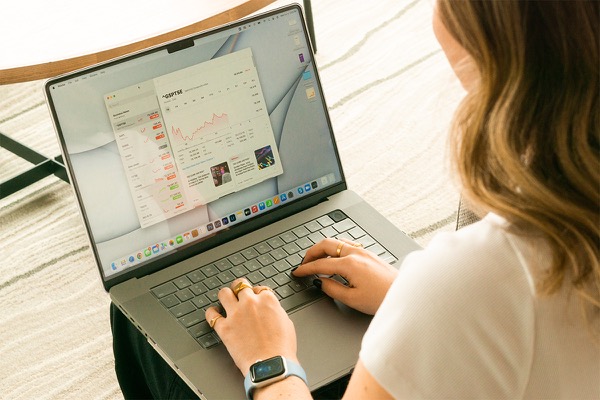 It’s been hard to keep up with news of the Canadian economy lately. Between inflation, rate hikes, and recession concerns, the news is throwing out several economic terms. Whether they interest you or not, it’s also good to learn about these terms and how they affect you. We’re here to do a quick review of some of the most important economic terms floating around these days, and what they mean for Canadians today.

The Bank of Canada has been at the heart of most economic headlines this year. As Canada’s central bank, it makes financial decisions that affect everyone else in the financial space from lenders to borrowers. It’s in charge of ensuring and maintaining economic stability for Canada and Canadians, which it does through a variety of initiatives. One such initiative has been in the news a lot this year, and that is the bank’s interest rate announcement that arrives eight times each year. At these meetings, the bank announces whether they are going to increase the target for the overnight rate (which we will discuss more below), and that can have a great influence on things like inflation, borrowing, and lending. When you hear talk about important economic terms and updates, you can bet the Bank of Canada is involved.

Inflation is all about the prices of goods and services in the economy. Specifically, it refers to when those prices go up, making everything more expensive, from gas to groceries to borrowing money. This means each dollar we own is worth a bit less than before, as it can buy less. Inflation has been largely due to low borrowing rates, which has resulted in lots of demand and as a result, price increases. We have seen this in the housing market, as housing prices ballooned out of control due to low supply and raging demand from buyers hoping to take advantage of low rates. When inflation gets out of hand, it means fewer people can afford to buy things, putting less money back into the economy. To prevent this, we’re currently seeing interest rate hikes in an attempt to lower demand, and therefore prices. Unfortunately, many are saying the bank can’t raise rates enough to avoid a recession at this point.

Shrinkflation is one of the most frustrating economic terms for consumers. This is when the size of products and goods shrinks, but the prices remain the same. We see examples of shrinkflation in grocery stores, where a 375 gram box of cereal is now suddenly 340 grams, but the price is still four dollars. Shrinkflation occurs during periods of high inflation, where it costs more to produce these goods and as a result, producers make smaller packages for the same cost to prevent money loss. For consumers, groceries are costing more for less actual products.

Stagflation is an unfortunate combination of high inflation and low economic growth. Prices of goods and services remain expensive, while consumers are experiencing higher unemployment levels and money loss. This is a lose lose for consumers and the economy, because typically when inflation lowers, the economy grows, and the other way around. When they move in the same direction, it’s hard to treat the problem. Many experts are thankfully predicting a calmer stagflation event than in past major recessions. Still, preparing now by saving money and budgeting can help protect you.

A recession is one of the biggest economic terms we’ve been hearing and talking about lately . A recession is a period of economic decline where GDP growth is low. Many believe Canada is headed into a recession in the near future, thanks to record high inflation pushing many goods and services out of reach for Canadians. This results in a slowdown in the economy, and lack of spending and economic circulation is a big cause of recessions. With low economic spending and growth, people can lose jobs and money.

The question is whether we will see a big recession or a little recession. A big recession would be reminiscent of the 2008-09 financial crisis, with huge GDP declines and job losses that last for several quarters. A little recession is more moderate, with modest economic growth and a shorter downturn period. When we hit a recession, interest rates fall in order to encourage more economic activity. We should see inflation come to an end one way or another in 2023.

If you feel overwhelmed trying to understand all these economic terms, don’t worry. It’s a lot to take in and learn. The good news is you have a mortgage professional on your side to help you with any mortgage needs you may have. As we approach a potential recession, it’s good to discuss your options with a broker. It’s time to prepare and get ahead!

If you have any questions about your mortgage, get in touch with us at Clinton Wilkins Mortgage Team! You can call us at (902) 482-2770 or contact us here.

In this episode of Mortgage 101 with Clinton Wilkins and Todd Veinotte, as heard on…

In this episode of Mortgage 101 with Clinton Wilkins and Todd Veinotte, as heard on…

Subscribe for Updates
Join over 10,000 Haligonians that subscribe to email updates from the Clinton Wilkins Mortgage Team!