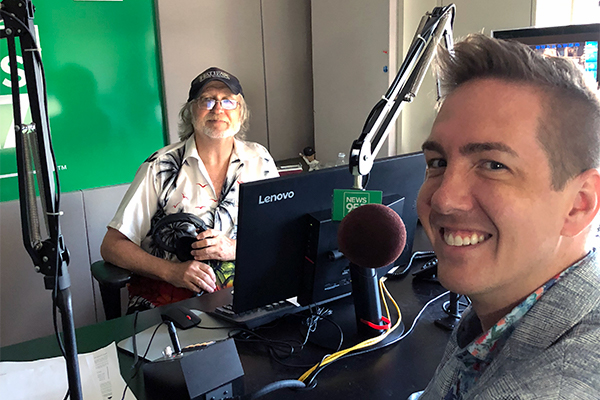 Rick you’ve had a stand-out career, becoming a household voice to people across New Brunswick and Nova Scotia. You’re a local celebrity and so many of us have fond memories of tuning in to the Rick Howe Show to hear your no-nonsense, getting to the point perspective of local and nation-wide news. From everyone at the office, we wish you the very best with the next chapter of your life.

Rick started his career doing hockey play by play in Campbellton, New Brunswick. Over the course of his 30 year career, he ended with The Rick Howe Show on News 95.7 in Halifax, Nova Scotia. We are honoured to be a part of the show and to work with amazing and knowledgeable people just like Rick and crew.

We’ve had lots of great collaboration with Rick and team for over three years now. We truly loved the five minute business builders, giving audiences those quick tips and insights, and we’re grateful for the opportunity to work on that project with you, Rick.

We thought a great send off to retirement would be to take a trip down memory lane to some of the old content you’ve done with us. We’ve taken some highlighted quotes from those five minute business builders in hopes it will give you a few smiles along the way.

Cheers, Rick, and here’s a lap for the history books: 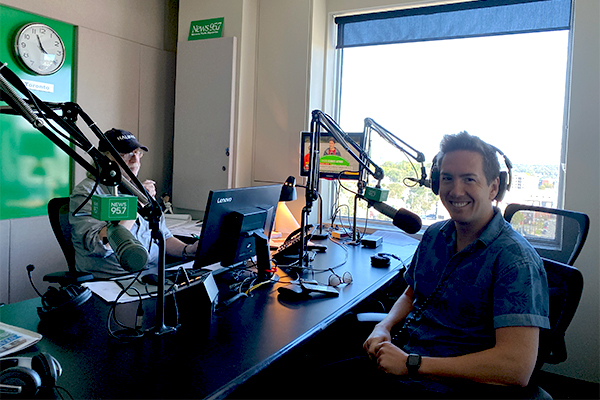 Rick Howe: How Does Credit Impact Getting a Mortgage?

Clinton: Typically, what happens is if there is something that’s happened negatively on the credit report it stays on there for six years. So if you miss a payment it will fall off after six years.

Rick: Because that was my next question. When I was a struggling radio jock back long ago and got into a bit of financial trouble. So that’s been expunged. That past history of mine.

Rick Howe: Talking About Down Payments

Rick: The benefit of going to a mortgage broker is that you’re not tied to one bank or any bank. You could look and see with the best rates available are.

Clinton: Exactly, we’re not biased to one lender we’re really biased to our clients.

Rick: Now, what’s the difference between a fixed rate and a variable, and what’s the benefit to one over the other.

Rick: I like this advice. You can determine your total debt by looking at the bills then write down how much you owe. I keep a budget myself personally so that- now it doesn’t always work mind you, but it helps me!

Clinton: Sometimes writing it down or just even opening your bills is so empowering. You know I hear people every day to be like, “Oh yeah I don’t open any of my mail; I never go to my mailbox.” Well sometimes I think it’s a good time to do it. 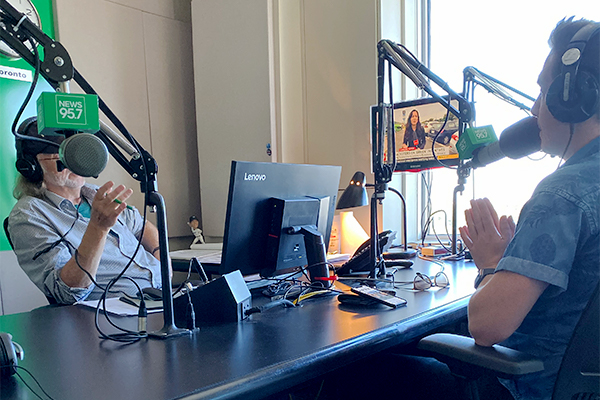 Clinton: You don’t love February, I mean the weather’s supposed to be getting warmer and I think with the warmer weather means you may want to look at improving your home.

Clinton: You know, some people are in the market for buying homes and I think that’s a great time to get pre-approved and start thinking about that because the spring market is right around the corner. But, for those of us who already are homeowners I think improving your existing home is becoming more and more popular.

Rick: There’s been some concern, though, with these measures in the budget that it could drive up prices for homes.

Clinton: I think it’s probably going to drive the price up. You know, it’s a supply and demand issue. And that really comes down to, you know, the question, should people buy now or should they wait? I think coming out of that winter market and going into the spring market, you know, I think it’s really good to get pre-approved up front. You know, if you’re looking to get into that homeownership I think pulling the trigger sooner than later. I think it definitely has a value.

Rick Howe: Mortgages for the Self-Employed

Clinton: I don’t think we’re gonna be in a cool down for quite some time here in Halifax. We’ve never had a boom, we’ve had a very steady market. But the more it heats up and the less supply is just going to drive that price up. So would you rather buy now or would you rather buy later at a higher price.

Rick: Yeah, I had a conversation with a real estate agent who thinks that we have at least 10 years of good times ahead here.

Clinton: Which is very exciting. I’m ready for it. You know what in our office in Dartmouth I can tell you that you know we have lots of capacity in terms of seeing additional clients.

Clinton: And, you know, there’s certainly been some writing that’s come out this week around, you know, some of the changes that they’ve announced around the incentive. And basically what’s going to happen is in a new home they will give up to a 10 percent incentive. And on a resale home, they’re going to get 5 percent. Now you still need to have at least 5 percent of your own skin in the game for a down payment. But what really they’ve clarified on is that they’re going to own a percentage of the home.

Rick: Oh OK. This is rather unusual?

Clinton: It’s a little bit interesting and I think that you know, do you want the federal government in bed with you around your homeownership? 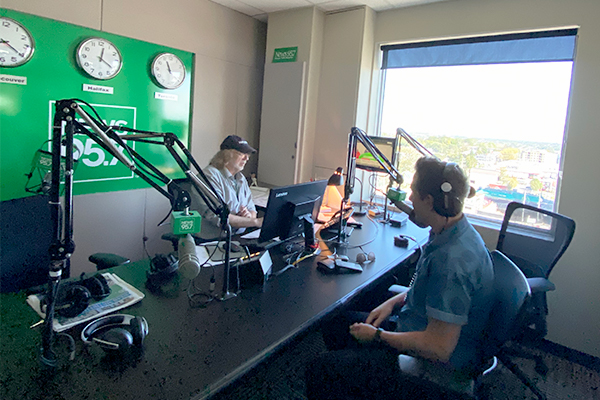 Rick: Ok, you mentioned this word here, heteronormative housing. What do you mean by that?

Clinton: Well, I think that you know, even when you walk into an open house, people ask, Ok, what’s your situation? Is this your friend? Is it your husband? Is it your wife? What’s the situation? And, I think, that, you know, just being aware is so, so important.

Clinton: And I think it’s still an issue. And, you know, even from the mortgage lending side of things, I started in this industry 13 years ago and we’ve done, you know, over twenty-five hundred transactions and half a billion dollars. So, I’ve seen everything. And we’ve done mortgages for everyone. But there’s still the question around what’s the spousal status? How does that impact the legal requirements here in the province of Nova Scotia?

Rick: Do you need a lawyer?

Clinton: Every purchase transaction requires a lawyer in the province of Nova Scotia and actually in every province across the country, a lawyer is required to register the deed. And in our case, register the mortgage charge when it’s a purchase,

Rick: Even a private sale?

Clinton: Even a private sale and private sale, you need a lawyer even more than you do on a regular MLS listed property.

Clinton: Because in a private sale, the lawyer would draft up the purchase agreement to make sure that it’s good and binding.

Clinton: The variable rate is tied to the Bank of Canada overnight rate, which turns into the bank’s prime rate and then they offer a discount on prime. But right now, with the way that the fixed rates have moved, they move with the bond yields. And, you know, they’ve really driven those fixed-rate pricing down. So we’re in a little bit of an odd time.

Rick: So what’s your recommendation then? If I’m buying a home here, do I go right now with a fixed rate or do I try the variable knowing at some point down the road, one or the other is going to make a change here?

Clinton: Historically, people do better in the variable, but you need to have the stomach to say, yes, I’m willing to pay more today with the future hope that it’s going to be cheaper down the road.

Rick: Well, thank you for joining us here again today. We’re going to talk about, again, some pretty good deals being offered now for first-time homebuyers. And the politicians are out there this election campaign, and they are pretty much offering the sun right now. So tell us what’s going on and what can the first time homeowners look for?

Clinton: Well, I think homeownership is part of the Canadian dream, and I think the political parties definitely have attached that. It’s a really hot subject right now. And there were some new promos and some new incentives that have really started the first of September that are impacting first-time homebuyers. 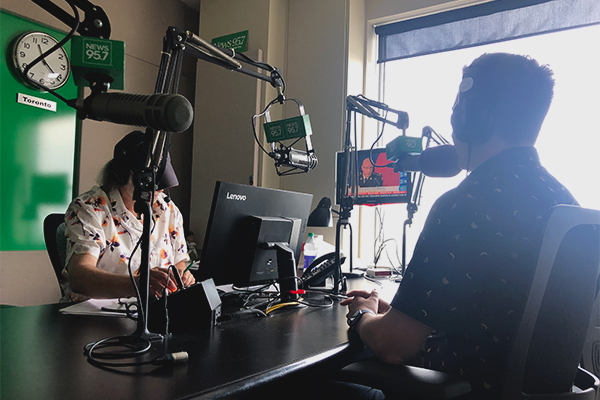 Clinton: I think even if you already own a home, having a look in the mirror and having a look at those, you know your finances, November is a good time because everybody wants to go into the new year in the best possible financial shape that they can be in.

Rick: And that’s not always an easy task. However, especially as we come to Christmas time. And you know that tendency we have at times to get a little splurge at Christmas time and rack up some debts and all. But. But again, you know, the important part, especially when it comes to home buying, is to have a pretty good financial picture and to not being, you know, overloaded with that.

Clinton: You know, some lenders think that being borrowers that are self-employed are riskier. But in my opinion, I’m self-employed. I think self-employed people are actually better. The reason being is if I need to make a little bit more money, I’m just gonna work a little bit harder. But people like you, Rick, who earn a salary. You know, it doesn’t matter how hard you work, you’re still going to get that same pay.

Clinton: You’re the hardest worker. And, you know, we love coming on here.

Welcome to the team, Cat Fogarty
Help us welcome Cat Fogarty to Clinton Wilkins Mortgage Team! Cat joins us as our newest broker. Come learn more about her here!
Year in review: That’s a wrap on 2021
It’s time for our 2021 year in review! Here’s what happened in the market this year, and what we can expect in 2022.
6 winter activities to enjoy in and around Halifax
Looking for things to do near Halifax this winter? Here are 5 of the best winter activities we recommend checking out!
Subscribe for Updates
Join over 14,000 Haligonians that subscribe to updates from Clinton Wilkins Mortgage Team!